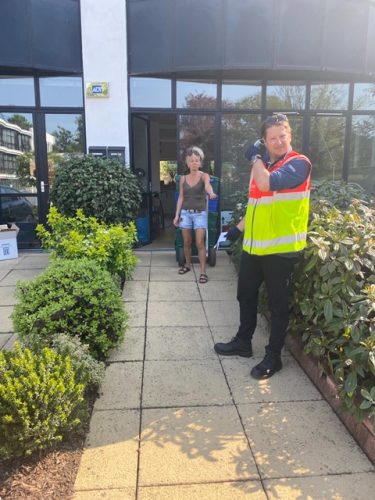 Apart from this week being horrendous, and my worse lockdown week ever, some thoughts have emerged about the past and the present.  Many psychotherapists are working very much in the present, and so am I, to an extent. However, while some of us have been going through our old photos, I have also been immersed in the phenomena that is nostalgia, and remembering how we are all unique in our thinking and experiencing of past events, particularly from childhood.

I have joined a new Facebook group, set up for us oldies living (or having lived) in my home town of Rayleigh in Essex.  I have been having great fun, posting pictures, reading anecdotes and coming across old school friends etc. There’s the fun, now here’s the darker side to this nostalgia.

I didn’t read the posts mentioned, but there was clearly some accusation of teachers being abusers, which had to be stopped, i.e. people naming and shaming, not on, but to me, it hi lighted again the abuse in the 70’s, the Saville years, and how much of it went on, like it was okay. What was encouraging about the Facebook group was that friends were able to at least discuss the dilemma, as opposed to remembering ‘just’ the good old bits like the chocolate blamonge and marbles.

I am curious to see if any of the three girls that beat me up on Charles and Diana, royal wedding day will appear in any of the feeds, they are likely to have different surnames, and strangely I remember those more than their first names, but I remember the main girl, the ringleader. What will I do if they are on there? Do I ask whether they remember the day when ….?

I have already been connected with one of my oldest best friend and an old boyfriend (Yes, one of the 101), he wondered whether I remembered him, of course I remembered him, I remember them all, I have anecdotes with him, some in my book under a psyeudenum). Then I worried that I’d been nice to him back then, I think I was, I must have been because otherwise he wouldn’t have made himself known, I guess. I was so troubled back then, still am when the going gets tough, but years of therapy have given me everything I have now.

I wrote my ‘Thank you Universe’ and it is published in my 2nd poetry anthology, ‘£500 a line and other poems’. That assault from those girls was never forgotten by me, forgiven yes, but it fucking hurt. Neither was the inappropriateness of my flute teacher, it was disgusting, and he was called Mr Long, but what was going on at home was just as bad, it follows you around …… difficult to shake off, like a virus.

Here is the poem, I am still thanking the Universe for everything I have, but there is still room for feeling disgruntled, upset, worried, anxious, angry, jealous, shamed, guilty, all those normal human feelings. The world is bi polar but we don’t have to adhere to that label. (p.s. I don’t have a Vauxhall Zafira anymore and I was a big fan of Jeremy Irons before he did that worrying interview and Mr Long didn’t work at my school, he worked in the Saturday morning music school at Dene’s)

Thank you universe for those beautiful hand embroidered pictures that auntie Brenda made last Christmas that I forgot to thank her for.

Thank you universe for our times of celebration, Christmas, New Year, Easter, Divali, all those wonderful bank holidays when we get together with our families.  Thank you for the happiness and great joy it brings to us all.

Thank you universe for the amazing gift of life, Jesus’s life, Jeremy Iron’s life – all life. Thank you to my mother and father for bringing me into this life.

Thank you for the wonderful education I had, without which, I wouldn’t have been told recently how unique my ignorance is.

Thank you for the joy of love, sex and sexually transmitted diseases that gave my sister and I something in common.

Thank you for my boyfriend Mark Sidnell for not walking me home from the pub on 29th July 1981 so that Janet Bloomfield could beat me up in confidence so I will never forget the date when Charles and Diana got married which often comes up in pub quizzes.

Thank you princess Diana for dieing on 31st August 1997 and making my day trip to Paris so much more exciting and memorable and making me want to thank Auntie Brenda even more.

Thank you Janet Bloomfield for apologizing for beating me up because you got the wrong person and thank you to my mother for giving me her passive-aggressive genes so I would forgive Janet Bloomfield but suppress my anger that then made my legs numb and my eyes blurred.

Thank you Dr Bari for diagnosing these symptoms as multiple sclerosis, without which I would not be driving my brand new motorbility Vauxhall Zafira 2.2 with air conditioning and power steering, complete with the blue badge for parking, the freedom pass and exemption from the congestion charge.

Thank you to my old flute teacher Mr Long (a short man who abused me at school), without him I would never have gone into therapy, psychoanalysed my MS symptoms away and found a career in therapy and thank you to all the other Mr Longs out there who keep me in employment.

And lastly, thank you universe for the Rasta Father Christmas’s that can occasionally be seen inside a whole peanut if you look really closely.